Aluminum extrusions: impact of industrial development on the environment 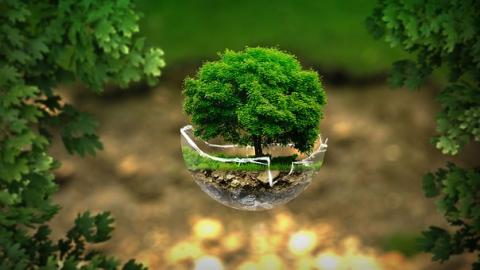 Aluminum production in North America is more sustainable today than at any time in history, according to a Life Cycle Analysis (LCA) study released in late 2013 by The Aluminum Association (aluminum.org). The study examined the environmental impact of modern aluminum production and reviewed the 2010 production year. The LCA study incorporates data from 25 companies, representing 95 percent of primary metal production and the majority of the industry in the U.S. and Canada; data from extruders representing an estimated 60% of North American capacity is included in the LCA.

The reduction in energy use by primary aluminum producers over the past two decades has led to a steady decline in the industry's carbon footprint.

Energy needed to produce a single metric ton of aluminum has declined:

The industry's carbon footprint has dropped even more dramatically, declining:

The study was peer reviewed by a third-party expert to ensure conformance with International Organization for Standardization (ISO) standards. It is believed to be one of the most robust LCA reports ever released by an industry trade group.

Now, the Aluminum Association has released an Environmental Product Declaration (EPD) for Extruded Aluminum produced in North America. The EPD was developed according to ISO 14025 and based on the LCA findings.”